What Opponents of the .08 Alcohol Limit Just Don’t Get 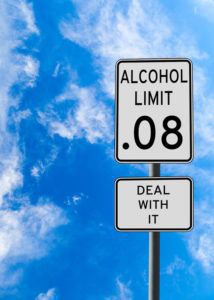 There was a time when you had to register a blood alcohol concentration (BAC) of around .15 to be considered legally drunk. Over the years, that number has been rolled back to an .08 limit, a move which has saved countless lives. Few today would doubt that a driver with that amount of alcohol in his or her system should be removed from the road.

Did we say few? There are some – misguided souls who consider .08 a mere buzz, not worth handing over the car keys. Whether they are freedom fighters who cherish their right to down three beers before a road trip, or vendors who want to sell those beers, these people claim that the .08 standard is unnecessarily strict.

For the record, a 120-pound woman might reach that level drinking nursing two glasses of chardonnay in two hours. For an average-sized man it might take four – a lot of factors are involved, including how much has been eaten, the person’s physical condition, and even how tired he or she is.

Comparing the .08 Limit to Cell Phone Use

Those who consider the .08 limit too strict like to point out some research done by a professor of pharmacy at Touro University in Vallejo, California. The professor’s team examined the effects of hands-free cell phone use on driving ability. The upshot: hands-free phone use was comparable to driving with a BAC of .08.

See? Those four drinks aren’t any worse than chatting with a friend on the phone while driving.

Except that’s exactly the wrong reading. The findings were that using a hands-free caused almost as much impairment as driving drunk. So the point of comparing .08 impairment with cell phone use was not to minimize the dangers of driving at .08, but stress the hazards of cellphones while driving.

And what if it were more dangerous? That would not change the fact that both activities are liable to kill. We know that, at .08 BAC, judgment is affected, as is motor coordination, vision, and one’s sense of caution. Unfortunately, many people believe they are okay to drive at this level – more evidence that their judgment is off.

Why the .08 Limit Matters

Why does this matter, if .08 is the law of the land? It matters because many states are considering tougher measures for those who are arrested for drunk driving at the .08 level. 27 states now mandate ignition interlocks, or car breathalyzers, for anyone convicted of drunk driving with a BAC over the legal limit. The 28th – Rhode Island – will be signing on soon, and other states have either passed or are debating similar legislation.

And that’s a good thing: a mountain of evidence shows that driving at .08 is extremely dangerous. While more fatal crashes occur when drivers are above .15, the number of deaths and injuries caused by those in the .08 to 15 range is still in the thousands.

Anyone who is truly thinking about public interest should support ignition interlocks for all drunk driving offenders, and not rail about the good old days. As far as drunk driving went, they weren’t that good.