Arizona is the Toughest in the Nation on DUIs.
But You Knew That. 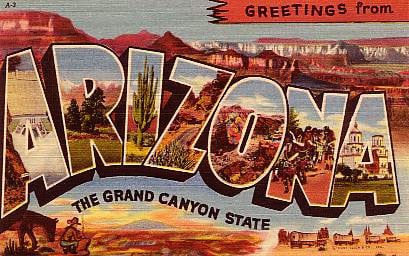 Most people have a vague idea of what happens after a DUI, but the people that know exactly what happens tend to be those that have had the misfortune (and bad judgment) to get a drunk driving conviction of their own. And while they will suffer the consequences, which might include fines, jail time, ignition interlocks, higher insurance rates, and other setbacks – they probably don’t know if they’re better off than their neighbors in other states.

The answer is yes, unless they live in Arizona. Because Arizona has the toughest DUI penalties in the country, according to a recent wallethub survey.

So, while the high minimum jail term clinches the title for Arizona, its DUI laws are thorough and well-thought-out.

For the record, South Dakota wins the prize for the state that offers drunk drivers the fewest repercussions: no minimum jail sentence for first or second offenses, and no license suspension.

The upshot: don’t drink and drive anywhere, because it’s foolish and dangerous. Most states are in agreement with this proposition, and one state clearly has its head on straighter than the rest. Hats off to Arizona.

Previous Post: « BAC Under .08? In Arizona, You Could Still Get Slammed With a DUI
Next Post: Odds of a DWI Crash: What Is The Most Dangerous Time to Drive? »