Arizona: Police Can No Longer Tell Drunk Drivers that DUI Tests Are Required

One of the most contested areas in drunk driving law is sobriety test refusal. Many drivers are not sure if they are allowed to refuse a breath, blood, or urine test after a DUI arrest. Adding to the confusion is that there are generally two tests – the breath test given by an officer at the scene, and the one given later on at the station.

Arizona’s Supreme Court recently ruled on the issue, and police will be taking notice.

In 2012 a man named Francisco Valenzuela was arrested on suspicion of DUI. At the station, the officer told him that, “Arizona law requires you to submit to … tests of breath, blood or other bodily substance … to determine alcohol concentration or drug content.” Valenzuela cooperated and was found to have been driving drunk. 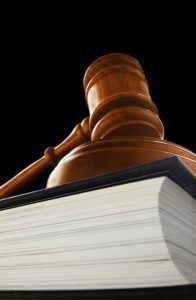 Here’s the catch: had he refused the test, the officers would have had to obtain a warrant. They could not perform the test without either a warrant or his consent any more than they could perform a house search under the same circumstances. Valenzuela was not told this.

So – was consent “freely and openly” given when the offender did not realize that he was consenting to a warrantless search?

The Arizona Supreme Court said no: what occurred was not consent. The officer violated Valenzuela’s Fourth Amendment right when he told him that he was “required” to submit to the test.

It’s important that the court straighten out the issue because, as the court opinion notes, people agree to searches to show that they abide by and respect the law. Police must use caution in how they explain the law so that the public does not lose respect for it.

This does not mean that the defendant got off scot free. In fact, the court upheld his conviction, since the police acted in good faith during the arrest.

While this settles one issue in Arizona, there will doubtless be more arguments about the manner in which sobriety tests are administered, because agreeing to a test is hard to untangle from the idea of self-incrimination, which the Constitution is designed to protect us from. In fact, the U.S. Supreme Court will deliver an opinion on Minnesota’s implied consent law, which involves the refusal of breath tests.

That it’s come all the way to the highest Federal court shows how important the question is.

Drunk Driver Hits 51 Parked Cars. And Proves a Point.
Next Post: 4 Flat Tires – Is Your Car Telling You You’re DUI? »