Drinking and Driving: Is it Time for Your 2017 Resolution?

You’re not a drunk driver. You don’t down five whiskies and peel out onto the highway, veering into the oncoming lane, speeding, weaving, causing people to run off into ditches. You’ve never killed anyone. 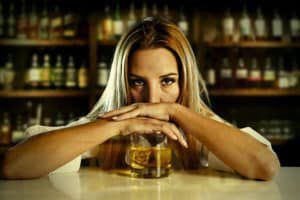 But maybe now is a good time to think about drinking and driving.

Perhaps you’ve always kept your drinking down to a safe level when driving. Just one or two drinks – well below the legal intoxication limit of .08 BAC (blood alcohol concentration).

But what is a safe level?

The fact is, even low blood alcohol levels can raise your odds of a car crash surprisingly high.

How high? For reference, at the official .08 BAC level, your likelihood of a crash triples.

And lower than that?

In 2013 a study was done at the University of California at San Diego. The results were published in the journal Injury Prevention.

The researchers’ aim was to determine if the blame for a crash increases at low BAC levels, e.g. .01 BAC. In other words, if a crash occurs and one driver has a level that low, is that driver more likely to bear the blame than an unimpaired driver? 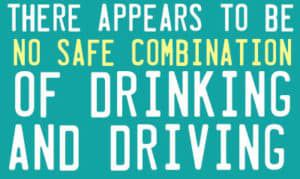 The answer is yes – even a slight buzz will increase the likelihood that the driver is to blame for the crash.

The upshot is scary. In the words of the researchers, “There appears to be no safe combination of drinking and driving—even minimally ‘buzzed’ drivers pose increased risk to themselves and to others.”

So we’re asking you to think about drinking and driving in 2017. We’re asking you to note that any alcohol you drink will, to some degree, impair your judgement, your reaction time, your senses – in short, your ability to drive safely.

And we’re asking you to do yourself (and others) a favor: however careful you were in 2016 – however long you waited after drinking to drive – wait longer.

Whatever you considered your limit, consider lowering it.

You’ll have science behind you. And you’ll have a better chance of keeping yourself and others safe in 2017.

Previous Post: « Michael Floyd’s DUI Arrest is Not News. What Happens After Might Be.
Next Post: A Word About Alcohol and Your Ignition Interlock: The Nose Knows »