What is a DWI Lookback Period?

A drunk driving offense is not judged solely on its own terms. If you’re arrested for DWI, the authorities need to determine if you pose a threat to the safety of others. Hence, if you have one or two previous DWI convictions, you can generally expect a more severe punishment than your first offense would have earned. 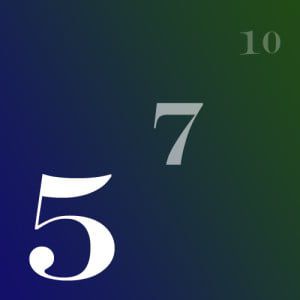 But how far should a judge look back when considering prior offenses? Should the court come down harder on a forty-year-old because of the DWI she had as a teenager?

To identify DWI recidivists while protecting drivers’ rights, prosecutors, judges, and licensing authorities use a DWI “lookback period” — a designated period of time during which DWI offenses count. It is also called a “washout period.”

North Carolina’s DWI lookback period is normally ten years. Other states have lookback periods as short as five years (Oregon, Indiana and Colorado, for instance) to as long as one’s entire life (Vermont, New Mexico, and Massachusetts). In the latter case, every DWI one is convicted of is taken into account, no matter how many years ago. Five years is the national minimum, because the Transportation Act of 1998-2003 allows the government to withhold funds from states that do not have a lookback period at least that long.

Do longer lookback periods work better to prevent drunk drivers from reoffending? There is indirect evidence that they do. Few drivers actively consider their state’s ten-year lookback period when deciding whether to drive after a few beers. But longer periods ensure that more drivers will be prosecuted for second and third offenses, and hence will be receiving stiffer punishments. We do know that more severe punishments do work to reduce drunk driving — up to a point. Second offenders are also likely, in most states, to be required to install ignition interlocks. An ignition interlock, or car breathalyzer, prevents a vehicle from starting if the driver has been drinking.

The most important purpose of the lookback period is to identify problem drunk drivers — ones who continue to reoffend despite prosecution. They are the most dangerous to society at large. When standard punishments fail — and they often do — then either imprisonment or an ignition interlock is necessary to ensure that these drivers do not drink and get behind the wheel again.

Previous Post: « North Carolina DWI Checkpoints — Just What Does the Law Say?
Next Post: Getting an Ignition Interlock in North Carolina? Here Are 7 Things You Need to Know »