Group Asks: Why Do We Still Call DUI Crashes “Accidents?”

You’ll hear newscasters say the A-word all the time. “A deadly accident on Route 10 this morning…” “Drunk driving can lead to serious accidents…” 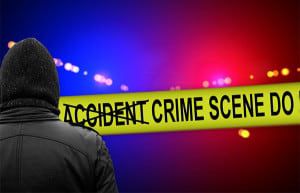 But how can something be the result of a crime and an accident at the same time?

A group called Crash Coalition operates the website Drop the ‘A’ Word, which asks the same question, calling out news organizations for using a neutral term like “accident” for an event that was brought about by deliberate action, i.e. drinking and driving.

Typical tweets from the Drop the ‘A’ Word twitter feed:

Calgary Traffic Reporters getting it right by calling it #crashnotaccident.  Nice job.

As the Crash Coalition notes on its Facebook and Twitter feeds, some organizations have come around to this way of thinking. MADD does not use the word “accident” when referring to DUI crashes. A number of police departments have a policy not to use the word when reporting collisions that involve drinking or drugs.

One can still do an Internet search for “drunk driving accident” and get many hits. In particular, sites that offer legal advice on drunk driving issues tend to use the A-word, perhaps to avoid the appearance of taking sides against a practice that most consider thoughtless and risky.

But once you’ve heard the argument, it’s hard to go back to the A-word. Drunk driving is a choice, an entirely avoidable one. Not only are the risks well known, but more alternatives are appearing all the time, as communities get together and share ideas on how to prevent the practice.

A U.K. group, RoadPeace, calls the use of the word “accident” “the language of neglect and denial.” Breaking the law and taking risks do not lead to accidents: they lead to consequences. The Crash Coalition believes, and we agree, that it’s time we called a crash a crash.

Previous Post: « Even in Bankruptcy, You Have to Pay Your DUI Debts
Next Post: 7 Ignition Interlock Myths Finally Put to Rest »