The Traffic Injury Research Foundation (TIRF) has released an updated “Alcohol Interlock Curriculum,” in which they address the relevant data surrounding ignition interlock devices as well as people’s perceptions of interlocks. Several of these statistics jumped out at us.

To start, TIRF reported that on average, interlocks are effective in reducing recidivism (the act of repeating an undesirable behavior after that behavior has been negatively reinforced) among both first and repeat DUI offenders by 64%. One study conducted in New Mexico measured the recidivism rates of two groups, a court ordered interlock group and a non-interlock group. The re-arrest rate per year for interlock participants was 3.51%, while non-interlock participants had a re-arrest rate of 7.09%, more than double that of the interlock group. Further, another study found that “annual DWI offenses decreased by approximately 60% among offenders who completed a two-year interlock program.” 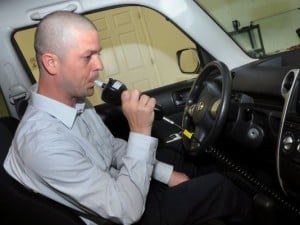 d in Maryland focused on the recidivism rates of “hardcore offenders.” Researchers found that participation in the state’s interlock program reduced the likelihood of committing another drunk driving offense within the first year by approximately 65%. The result of this study reinforces the claim that interlock programs significantly reduce recidivism among both first and repeat offenders.

TIRF’s curriculum also addressed why there are still so many alcohol-related traffic incidents despite the effectiveness of ignition interlocks. Interlocks are simply not used by a large enough percentage of convicted DUI offenders. In 2012, the estimated number of vehicles that had installed interlock devices was 279,000, which only represented 20% of all offenders arrested for impaired driving in that year.

The device may be successful, but how do interlock participants feel about them? Another New Mexico study found that while many participants express concerns regarding the social stigma attached to interlocks and the inconvenience of the devices themselves, there was a general recognition that being able to keep their driving privileges was worth the cost and inconvenience associated with the device.