Marana PD Grant Will Teach Citizens to Know their Limit

The Governor’s Office of Highway Safety has been doling out wads of cash lately. The recipients are agencies that promote highway safety in all its forms. Recently the Marana Police Department received, among others, a $15,000 grant to expand its programs that raise awareness of the effects of alcohol.

It’s called the Know Your Limit grant, after the program of that name. The program stations officers at large gatherings where people drink, such has festivals and sports events such as last year’s Phoenix Open. Passersby are asked if they know what their blood alcohol limit is. Then they’re given breathalyzer tests to see if their estimate is correct. 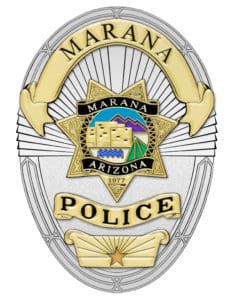 It rarely is, and many people find they’re over the .08 legal intoxication limit. The program can be a revelation to many drinkers who don’t realize how strong alcohol is or how impaired they actually are.

Programs like Know Your Limit are vital because people usually estimate if they are “okay to drive” based on faulty criteria. If they have only had one or two drinks, or are steady on their feet and can speak without slurring their words, they assume they’re sober enough to be on the road.

In fact, almost any amount of alcohol causes some impairment, and that impairment is very much in evidence well below the .08 threshold. If, thanks to the Know Your Limit grant, a few thousand citizens of Marana get a true picture of how alcohol affects them, and as a result some of them might they skip driving. That $15K will then translate to lives saved. Our thanks to GOHS for doing Marana a solid.

Drunk Driver Crashes into Power Pole, Then Flees – Unsuccessfully.
Next Post: Is a DWI on a Moped Possible in North Carolina? Yes!