Could a Lack of Sleep Cause Drunk Driving Among High School Students? 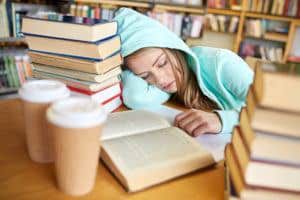 A couple of things we know about high school-age teens: they engage in risky behavior, and they don’t get enough sleep. And now a CDC study suggests that these two facts are related.

The Center for Disease Control found that almost 70 percent of teens reported that they don’t get enough sleep on an average school night. Most parents would probably agree.

What’s startling is that sleep deprivation is associated with behavior that is a health risk. This includes drinking, smoking, physical inactivity, and impaired driving.

The CDC surveyed over 50,000 high schoolers on their sleep habits. Among the findings: those who got insufficient sleep were also more likely to admit to:

This is big news because, as another CDC report states, “unintentional injuries are the leading cause of death for adolescents, with approximately two thirds of these fatalities related to road traffic crashes.” If a lack of sleep is one of the factors causing these deaths, than we have been ignoring a lethal social trend.

The good news here is that it’s not as hard to reverse this trend, provided we’re all determined to do so. In some municipalities, schools have begun starting high school later, to let students sleep more.

If you’re a parent and you’re worried that your teen isn’t sleeping enough, you now have more incentive than ever to turn things around. Here are some things you can do:

Life is risky enough without adding risky behavior. And few activities are as dangerous as drunk driving. Helping your teen get more sleep might be the simplest way to make the roads – and your own child – safer.

Previous Post: « Should Roadside Memorials Be Removed?
Next Post: On Memorial Day We Should Honor Lives Lost – Not Add to Them. »