Self-Driving Cars: Not as Scary as Drunk Drivers 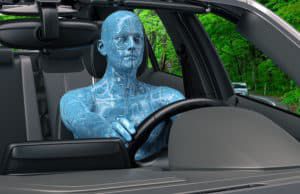 It’s still early days for self-driving cars. Inch by inch the technology is improving, such that the idea of sitting back and letting the car do the driving is not nearly so strange as it seemed just a couple of years ago.

Still, every mishap with one of these self-guided wonders raises the question: can we trust these machines to keep us safe? A recent report from Chandler, Arizona has people wondering.

Google reports that three of its vehicles were involved in collisions last month. That might make one uneasy about the readiness for prime time of this technology. But a closer look is instructive: two of the crashes happened while the self-guidance system was being overridden and a human driver was in control.  In one of them the other driver ran a red light.

The third car was rear ended by – big surprise – a drunk driver.

So here’s a question for anyone skeptical about the advisability of self-driving cars: have you looked around at the cars being driven by people, and seen how that’s working out?

Here’s a hint: more than ninety percent of vehicle crashes are caused by human error.

In addition, file these facts away:

Given the tendency of humans to make mistakes and engage in bad decision making, why do we even want to keep entrusting driving to these flawed, unreliable creatures? Self-driving cars would eventually take drunk driving out of the picture entirely, making the roads safe – if a bit more boring for some.

Will we lose our interest in driving completely? Certainly many people who grew up driving will still want to enjoy the surge of the accelerator and the feel of the car obeying the driver’s whims. Perhaps they’ll be able to enjoy it in a specialized environment – much like horseback riding.

So the news from Chandler is far from alarming. In fact, it’s encouraging that eventually drunk drivers will not be behind the wheel – because there won’t even be a wheel. Until then, DUI patrols and ignition interlocks will have to be our defense against the dangers of impaired driving.

Drunk Driving is Bad. Littering Only Makes It Worse.
Next Post: Arizona Roadside Memorials are Now Legal – And Necessary »