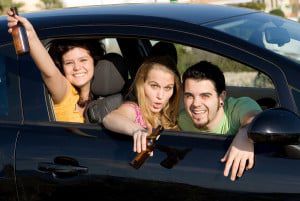 Residents of Tempe, Arizona were expecting a crackdown this month. For the last two years police in that city have organized a nine-day blitz targeting underage drinking and street crime in late summer. The program was regarded by police as a success. But this year the crackdown won’t take place as scheduled.

The campaign, called “Safe and Sober,” would have begun at the start of the Arizona State University term. Police representatives would have passed out pamphlets declaring that loud parties and underage drinking are not tolerated. Patrols would have come out in force, broken up parties, and made arrests by the hundreds. Some of them would be DUIs, but the increased police presence would have resulted in many arrests for many types of crimes.

So what happened? Why is the campaign being scrapped, and another one put in its place?

Local residents have objected to Safe and Sober as too prone to violate citizens’ rights. Community policing is under the spotlight as never before, and the visible police presence and frequent traffic stops were causing controversy.

This year changes are being made. Police representatives will not wear uniforms on neighborhood walks, for one thing. The DUI arrests and party breakups will happen, but instead of a nine-day crackdown there will be a year-long education campaign against underage drinking.

Some regret the change in the program, and others welcome it. But it’s a fact of life that these days, DUI enforcement needs to take into account community interests as well as public safety concerns.

Previous Post: « A Car Breathalyzer Doesn’t Test My Blood. How Can It Know My Blood Alcohol Concentration?
Next Post: Notice More Police On the Road? Take Our Word For It: They’re Out There Watching You »