Today is Cinco de Mayo. Got Your Designated Driver Ready? 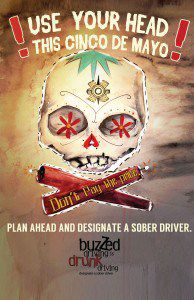 Today is Cinco de Mayo, a joyous and colorful celebration that began in Mexico but which has become an American institution. The day celebrates a military victory over the French army in 1862, won despite overwhelming odds. Do you care? Probably not. But are you celebrating? Plenty of people are.

Music, food, dance, sports, and spectacle are all part of Cinco de Mayo, which has spread out from the nation’s Latino communities to embrace everyone who likes a good time. Cities all over the USA have planned festivities, and more impromptu ones will no doubt arise as people get into the spirit.

Unfortunately, drunk driving is a feature of large-scale festivals, and Cinco de Mayo is no exception. Any municipality that has a task force dedicated to DWI will be deploying it today. Police will be looking for erratic driving, stopping suspect drivers, and administering breath tests. Anyone found guilty of drunk driving will face serious penalties. Arrests will be up – guaranteed.

But today is the day, you say. You’ve got plans, and they include beer and margaritas.

That’s fine. No one says you shouldn’t go wild on Cinco de Mayo. But remember that the fun stops, and the criminal responsibility begins, as soon as you get behind the wheel after drinking. So here’s what to do:

Remember that when you’re drinking tonight, you always have options, and that driving is not one of them.

Previous Post:SR-22 Insurance? What’s That? Will I Need It After an Arizona DUI?
Next Post:North Carolina Targets Underage Drinking