Think the US is Too Tough on Drunk Drivers? 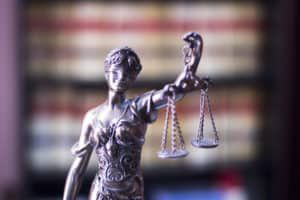 There are those who think that drunk driving legislation in the US has gotten out of hand. In particular, some people rail against the .08 blood alcohol limit for intoxication, which is the national standard. Others think that a first DUI should not be such a big deal. Ignition interlocks, they say – devices which prevent a vehicle from starting if the driver has been drinking – should only be ordered for incorrigible repeat drunk drivers.

Are US drunk driving penalties too harsh? No. At least not compared to how drunk drivers are dealt with in most other countries.

BAC Limits. The .08 limit that the US subscribes to in defining intoxication is low. Among the countries that prosecute anyone with a BAC of .05 or above: Kyrgyzstan, Hong Kong, Jordan, Austria, Bulgaria, Denmark, and New Zealand. Among those with a limit of .02: China, Algeria, Russia, Sweden, and Ukraine. A good number also have zero as a limit: Hungary, Romania, Slovakia, and the Czech Republic. While a few countries have limits higher than the US, .08 is on the high side and far from strict.

Penalties: In the US penalties vary by state, but a glance at how some other countries treat drunk driving shows that the US is far from tough, comparatively speaking.

All in all, US drunk driving penalties are not terribly strict. One positive trend is the adoption of ignition interlocks for all drunk driving offenses. As of this month 30 states now have all-offender interlock laws, which help reduce DUI recidivism and protect the public from impaired drivers.