Today’s article contribution comes to us from the Law Office of Aaron Black, PLLC 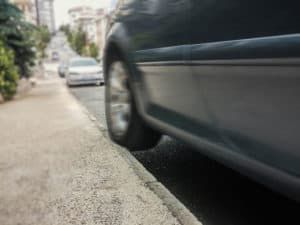 Police officers in Phoenix, Arizona look for approximately 20 signs for impaired driving in Phoenix, in addition to many other civil driving infractions when patrolling for drunk drivers.

In order for the police to stop you they need to see a violation first. Violation such as turning out of a parking lot without signaling, license plate light not working and taillight or headlight out. Simply any infraction that allows them to pull you over.

In essence a simple infraction can lead to a DUI if the officer notices things such as red eyes, slurring of speech or smell of alcohol on your person.

Below is a list is based upon research conducted by the National Highway Traffic Safety Administration (NHTSA).

Arizona has some of the most severe penalties for DUI in the country and even a first time DUI can carry some harsh penalties such as jail time and fines. In addition Arizona law requires the use of the Ignition Interlock Device (IID) also known as Breath Alcohol Ignition Interlock Device (BAIID) for at least one year. The ignition interlock device is a breathalyzer that is installed on your vehicle. Each time you need to drive your car you must provide a breath sample in order for your car to start.