To 300 Arrested over Arizona Halloween Weekend: What Part of “Don’t Drink & Drive” is Unclear? 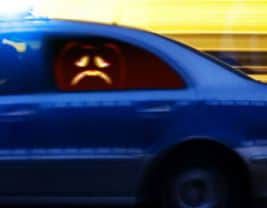 You can’t say you weren’t warned. There were signs, TV and Radio ads, tweets, Facebook messages, t-shirts, flyers, electric message boards, and posters, all over Arizona, and all of them saying the same thing: Don’t Drink And Drive this Halloween.

Somehow, 300 people still didn’t get the message. That’s how many people were picked up on Arizona’s roads and streets for impaired driving.

In truth, a lot more than 300 people drove under the influence – that’s only the number that got caught.

How many Halloween drunk drivers were truly out there? Taking the FBI’s estimate that 300,000 people drive drunk each day, 2.1 percent of that (Arizona has 2.1 percent of the country’s population) is 63oo. That’s an astonishing number of people who chose to make a bad decision and get behind the wheel while impaired.

What makes people disregard the commonly-held understanding that drinking and driving are dangerous? Why do people ignore public service messages and blog posts?

Youth is another factor. Younger people, especially males, tend to think of themselves as indestructible and are prone to risky behavior.

Holidays are also to blame. Drunk driving always spikes on a holiday.

But ultimately, there are some people who just refuse to get the message. And they have friends who are not vigilant or sensible enough to take their keys and prevent them from driving drunk.

It’s up to the law, then. Fines, jail, community service, and of course, ignition interlocks are needed to keep people from reoffending. An ignition interlock keeps drunk drivers off the road by preventing a vehicle from starting if the driver has been drinking.

For those who are in legal trouble now (and Arizona puts impaired drivers in lots of legal trouble), we hope it works out and you drive sober from now on.

To the other 6000: you dodged a bullet. Next Halloween, please heed the message and designate a driver.

Previous Post:The Main Reason People Drink and Drive Might Be Staring You in the Face.
Next Post:Has UberX Led to a Reduction in Drunk Driving?