Does Having a DUI Affect Getting Hired?

Today’s article contribution comes to us from the Law Offices of David Michael Cantor. 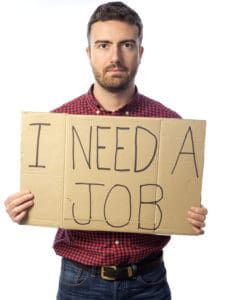 Finding a job in today’s economy can be tough. Although that is a difficult task on its own for the best of candidates, adding an Arizona DUI conviction to your record can make a job search even more problematic. At best, you may find yourself embarrassed about your poor decision-making that led to DUI charges. At worst, you may not be able to work in your chosen field, travel to other countries without extra hassles or maintain the trust of your peers when you do gain a position. Even just getting to work each day can be made difficult, if you have a suspended or revoked driver’s license.

If you are charged with DUI in Arizona, it is very important that you seek the advice of a licensed Arizona DUI defense attorney. Through the help of an experienced lawyer, you can fight the charges for a possible dismissal or reduction of those charges or reduced sentencing.

Even when your DUI conviction results in a misdemeanor, you may be asked whether you have been convicted of any crimes in your past. You may also have a background check run on you by the prospective employer who is trying to measure best candidates against each other. Your job may involve some driving and the company will not be able to insure you for commercial errands or other vehicle use. When driving is not an issue, security clearances or other needs may be limited through discovery of your DUI.

Conviction vs. Arrest for DUI 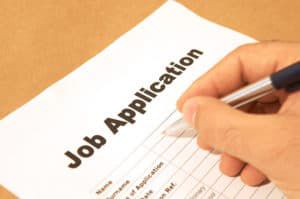 When you are arrested for a DUI, you will not suffer any real issues with a job search. Conviction is where the problems begin. An employer in most U.S. states can ask about convictions but will not be able to dig into your privacy regarding any arrests. After all, charges can be dropped after people are arrested and our country still stands on “innocent until proven guilty.” But some states do allow employers to ask about some kinds of arrests. So if you are seeking out-of-state hiring beyond Arizona, you may need to learn more about that particular state’s laws in regard to hiring practices after arrest.

Regardless of who you are interested in gaining employment with, you should never voluntarily give up information about arrest for DUI. Only provide information about a conviction if you are specifically asked. A question about convictions may be asked by an employer during an interview or as part of a written application. Even then, pay close attention to whether you are legally required to answer in your state and whether they are asking about felonies or all categories of conviction. When you have a misdemeanor DUI, you will not have to disclose it if asked about felony crime convictions.

An experienced Phoenix DUI lawyer can help you long after a DUI conviction, particularly when it comes to seeking employment or regaining your rights that were lost to being found guilty of a felony. A DUI criminal defense lawyer can help you seek a “Set Aside,” the Arizona version of expungement. With a Set Aside, you will be freed from any concern of seeking a job after a DUI conviction because your record will be cleared of that crime.

Job Sensitivity in Regard to DUI Conviction

Some employers must be more sensitive to DUI convictions than others. When you are applying for a role working with children, like in a daycare or school, you may have issues finding a position with DUI conviction in your past (see “how to remove a DUI off my record“). Jobs that require driving are obviously an issue for people who have experienced a DUI. This is particularly true when a commercial vehicle is used. Any job requiring a security clearance or large sum money handling may also be difficult to obtain after DUI. Finally, executives can also struggle to gain a position due to DUI, because they are expected to maintain a certain reputation and stature as part of their highly visible role within a company.

Other Job Problems after Arizona DUI

Beyond just “looking bad,” having a DUI on your record can slow or stop your job search in a multitude of ways. You may have your driver’s license suspended or revoked for a period of time as part of your sentencing. This will make it extremely difficult to find transportation to work. You also will not have a driver’s license for hiring paperwork, necessitating use of other documentation or requiring you to obtain a state I.D. This will prove embarrassing at the least.

Of course, a background check revealing a DUI in your past can cause employers to raise an eyebrow. They may doubt your character and question whether they should consider you or hire another applicant without this “character flaw.”

Previous Post: « Walk Like MADD at the Phoenix Zoo. Stretch Your Legs for a Good Cause.
Next Post: Will a DUI Conviction Kill My Chances for College? »