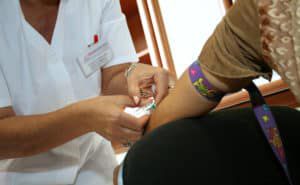 A bill just passed the Arizona Senate that would require DUI tests for any driver involved in a collision resulting in injury or death.

Senate Bill 1054, like many bills associated with drunk driving, began with a tragic incident. Joseph Smith, a teenager from Phoenix, was killed in a crash last June. The driver of the semi that killed Smith and injured others was never tested for alcohol. As a result, the families affected by the crash – seven of them altogether – will never know the true cause of the crash, or if justice was done.

Justice is one of the motives for passing such a law. Another one is to get a more complete picture of impaired driving. If serious crashes are being caused by impaired drivers, states need to know that, and the information needs to be tallied and added to our body of knowledge.

There are those who have misgivings about the bill. Some question whether a crash is in itself a legal justification for DUI tests. Normally a police officer will detect evidence of impairment – slurred speech, odor of alcohol – and use the test for confirmation. Now the question must be asked: is a crash in itself cause enough for a sobriety test?

The bill moves on to the House now. If the 26-3 Senate vote is any indication, it will make it to the Governor’s desk. It’s hard to say how great an effect the law would have on drunk driving in Arizona, but the bills sponsors – and the grieving families that support it – feel that they deserve the whole story whenever a serious collision occurs.

Previous Post: « Need a Birthday Gift Idea? Be a Designated Driver.
Next Post: UNCC Students Asked to Pledge Not to Drink & Drive »