Drunk Driving: Does the .08 Legal Limit – or Any Blood Alcohol Limit – Make Sense? 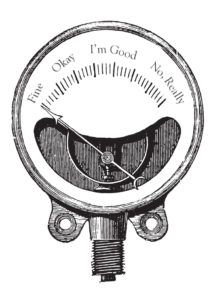 People don’t like limits. They bring 11 items to the 10-item express checkout. They drive 65 in a 55 zone. They keep talking after the debate moderator tells them their time is up. They fill their car’s oil beyond the “max” line and spend more money than they have.

And judging from the reactions to drunk driving laws, many don’t like the .08 blood alcohol concentration (BAC) limit for legal driving either.

In 2000, Congress adopted .08 BAC as the national legal limit for impaired driving. All 50 states now use this limit. The country has had sixteen years to get used to it, and it seems to have done well by it: alcohol-related road deaths and injuries have dropped in those years.

Then why do people get so angry about that one number? Let’s look at some of the common objections.

It’s arbitrary. Well, no. True, it is a number chosen by a government agency (the National Transportation Safety Board), but that doesn’t make it arbitrary. While tolerance to alcohol varies widely in the human species, medical studies have shown that almost all people with a BAC of .08 have impaired driving abilities. Back in the 1980s when the standard was being debated all over the country, the U.S. Department of Transportation issued a report based on a review of 177 scientific studies. A majority of the studies found that a level of .07 was enough to significantly impair a driver. The .08 limit was overly generous, then. And many countries have limits much lower.

You can exceed the .08 limit with just a couple of drinks. For most people, those would have to be pretty large drinks. True, a very tiny person, or one who is unusually susceptible to alcohol, might go over the limit with two drinks. But if that’s the case, then they would also be unfit to drive. A 130-pound woman drinking 4 glasses of wine over 3 hours would probably be over the limit. It would take a 170-pound man 6 glasses to reach the same level over the same amount of time.

If you’re arrested for DUI, it’s not for how many drinks you’ve had, it’s how impaired you are. A breathalyzer measures the alcohol in your system as a percentage of your blood. It doesn’t matter how many drinks it took you to get there. In that sense, it’s an equal-opportunity measurement.

It’s too low. Once again, the studies tell a different story. At .08 almost all drivers will experience slower reaction time, an inability to divide attention (between, say, reading a road sign and watching oncoming traffic), poorer visual and cognitive performance, and worse judgement. The person with alcohol in his or her system is not the best judge of the degree of impairment, by the way.

No law – or legal limit – is perfect, but it’s important that we don’t let the perfect be the enemy of the good. The .08 limit has done a very good job of lowering the rate of death and injury due to drunk driving.

Previous Post: « At a Traffic Stop, Does Race and Gender Matter?
Next Post: Tomorrow, Talk to your Kids and Teens About Alcohol »