Sometimes Dry January Isn’t Enough to Do the Job 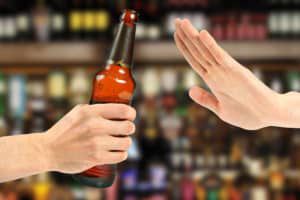 If you’re ambitious, and concerned about the effects of drinking on your life, you might be halfway into Dry January by now. Good going. Originating in the U.K., Dry January was a creation of the charity Alcohol Concern, though there have been other drives to get people to abstain for that month over the years.

The idea is to give people a break from booze, and to get them to talk about what it feels like not to drink. There are benefits, of course – more energy, weight loss, an easier time waking up in the morning, better sleep, money saved…

However, if you have alcohol problems, you might want to consider a dry February and March as well.

One expert in alcohol addiction, Dr. Niall Campbell, says that a month without alcohol isn’t enough to make serious inroads into a drinking problem.

Which is not to say that Dry January isn’t useful. Many people go their entire lives without any awareness of how alcohol is affecting their lives. They drink and drive and refuse to admit, even after arrest or a collision, that their drinking affected their ability to drive. A Dry January can be the first step in examining drinking behavior. Moreover, talking with others can cause them to think about their own drinking. Making it into a campaign creates an environment which permits people to stop drinking who otherwise might be subject to peer pressure.

If Dry January causes you to reevaluate your drinking, and perhaps cut down because you see the value in drinking less, than it’s done its work. But if you are wrestling with an alcohol abuse or addiction problem, then 30 days away from booze will not be the answer.

If you find you’re counting the days until the end of the month, then perhaps you should talk to someone and see if you have a problem. That, after all, is the purpose of Dry January – to find out more about ourselves and the power alcohol has over us.

Previous Post: « Arizona Opens Can of Worms: Driving with Marijuana Now Legal (Sometimes)
Next Post: Drunk Driving Is at 13-Year Low. Where Will it Be in 2030?