A study just released from the Substance Abuse and Mental Health Services Administration found that the rate of drunk driving is continuing to decline in the US. About 11.1 percent of respondents surveyed said they had driven drunk in 2014. In 2002, that number was 15.3 percent. 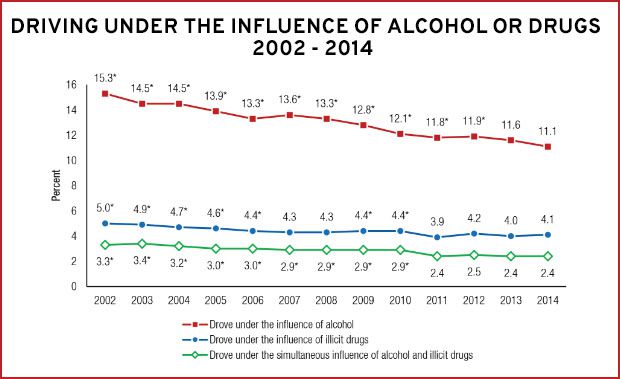 It’s good news, but what’s going on? The report states that, “prevention messages or other factors may be having an effect.” That’s a vague assessment, but a fair one. It’s a difficult task to figure out why a person has chosen not to drive while impaired. Certainly people have been bombarded with anti-impaired driving messages in recent years, and it’s fair to say that if you don’t know that buzzed driving is drunk driving, it’s because you don’t want to know. 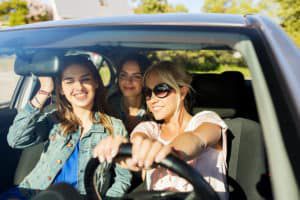 There are also more alternatives. Rideshare alternatives like Uber and Lyft and cropped up, and smartphone culture has made it easier to organize a taxi or other ride. More municipalities are creating designated driver services like SoberRide and TipsyTow to ease the burden on drinkers.

It’s worth noting that the spread of ignition interlock laws means that a good number of repeat drunk drivers  have been taken off the road – their vehicles won’t start when they’ve been drinking because the devices won’t allow them to. This change in the legal landscape is certainly having an effect on drunk driving numbers.

Nevertheless, drunk driving does kill about ten thousand people a year, and statistics show that a great number of drunk drivers tend to be young and male. For this reason, the report recommends that measures continue to target those groups.

What will the next 13 years hold? Will we be able to show another downturn this dramatic? We hope so, though it won’t happen on its own.

There are a couple of ways it could happen. One is that a better way will be found to influence the drinking and driving behavior of young people. Another is that ignition interlock laws will be beefed up across the country, with better compliance, so that repeat offenses will be lowered drastically.

We hope our legislators and public safety advocates are looking at the charts and making a commitment to hastening the decline of drunk driving in America.

Previous Post:Sometimes Dry January Isn’t Enough to Do the Job
Next Post:How Much Does an Arizona DUI Cost? Read This and Weep.