DUI Patrols Open for Business at the Phoenix Open

If you play or follow golf, you know how important drivers are: they get the ball going the farthest. At the Waste Management Phoenix Open, police are going to be concentrating on drivers of a different type: the intoxicated ones that leave the event to make their way home by car, endangering themselves and everyone else on the road.

During the Waste Management Phoenix Open, police will be operating their “Know Your Limit” program, in which they offer to test the breath alcohol of people who have been drinking, to give them an idea of whether or not they are fit to drive. Many people are surprised at how high their reading really is. 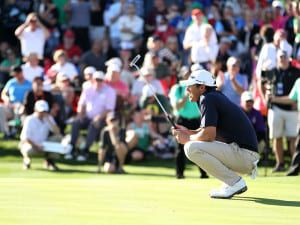 The officers will also be instructing those drinkers on the penalties of drunk driving, which are quite severe in Arizona. The state has a five-star (highest) rating from Mothers Against Drunk Driving (MADD) for its efforts, which include mandating ignition interlocks (car breathalyzers) for all DUI offenders and exacting stiff penalties for anyone refusing a sobriety test.

A number of area police organizations are participating in the program: the Phoenix, Chandler, Scottsdale, Gilbert, and Tempe Police Departments will be represented, as well as the Department of Public Safety and Maricopa County Sheriff’s Office .

The Know Your Limit program goes through February 6th.

If you’re going to be in the vicinity of the Tournament Players Club in Scottsdale, please take note: just as all golf bags need a driver, so do all spectators at the Waste Management Phoenix Open need a designated driver. Make sure you have one with you.