Unintended Consequences: A DWI Can Leave You Homeless 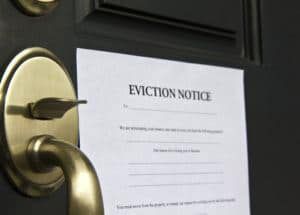 People under the influence of alcohol are not seeing far ahead, either literally or figuratively: their vision is impaired, and so is their ability to make judgments about the future. Just as they are less likely to see a pedestrian in the road, so they are less likely to understand the consequences of getting behind the wheel while impaired. They’re so intent on getting home that they unwittingly put that very home in danger.

A DWI can bring on fines, suspension, limited driving privileges, a substance abuse assessment, mandatory alcohol treatment, and an ignition interlock requirement. Depending on the seriousness of the charge, there might also be jail, probation, community service, and monitored abstention from alcohol.

Having a DWI – particularly if it is a felony DWI – might also allow a landlord to deny you an apartment or rental house. Laws vary state to state, but generally landlords are permitted to discriminate based on criminal history.

In fact, you could even find yourself out on the street. If your conviction was for a crime that threatens persons or property, then landlords in some states have grounds to evict you.

If you’ve ever rented, you’re familiar with the question found on all lease applications: have you ever been convicted of a crime? (Some applications specify “felony,” which give you an out if your DWI was a misdemeanor.

And of course, if you are evicted, you then face an additional question on your next rental application: Have you ever been evicted from a tenancy? It’s a vicious cycle with repercussions that last far down the line.

Depending on your circumstances, you might be able to have your DWI expunged, which would allow you to start fresh. However, it takes years to qualify for an expungement. The best advice for those who rent, then, is to use a taxi or designated driver to get home. It’s a small sacrifice for the security of having a home to go to.