Is Flagstaff Really Arizona’s Drunkest City? No, Say The Numbers. 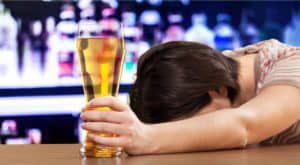 There’s a lot of data flying around. A lot more data than there are people making sense of it. Recently the website 247wallst.com decided to interpret some data from County Health Rankings & Roadmaps to find what it termed the “drunkest” city in each state of the US.

It makes a good headline, and gets a few clicks. But do we learn anything?

The booby prize in Arizona went to Flagstaff, of which 19.2 percent of adults report “unhealthy” drinking habits.

If that’s true, it’s not good news for Flagstaff, but let’s look at the rest of the picture. The city’s percentage of road deaths that are alcohol-related is 24.9 percent, which is under the national average of 31 percent.

247wallst also came to the strange conclusion that Flagstaff drinking habits might be shortening its residents’ lifespan, despite the fact that the city’s premature death rate is well under the national average (324 out of 100,000 residents die from preventable causes before the age of 75, compared with 474 per 100,000 for the whole country).

All of which leads us to believe that the writers of the article in question didn’t even read the data, or try to learn anything from it. They just listed and posted the numbers, figuring residents of those cities would do the clicking.

How is Flagstaff Really Doing?

Alcohol is a complex problem, and so is drunk driving. It takes more than copying and pasting a few stats about self-reported bad drinking habits to get to the root of what’s going on. A robust drinking culture? Social, economic and geographical factors?

What we do know is that Arizona (including Flagstaff) has been making inroads into its drunk driving problem for years, thanks to better DUI laws, including one of the first all-offender ignition interlock laws in the country. An ignition interlock, or car breathalyzer, prevents a vehicle from starting if the driver has been drinking. Mothers Against Drunk Driving (MADD) gives Arizona five stars out of five for its anti-DUI efforts, which have led to a dramatic drop in alcohol-related road fatalities in that state.

So Flagstaff, if you really are drinking too much, get some help. But don’t let one website article get you down. It’s the Internet, after all. you don’t click on the belly fat thing, do you?

Previous Post:Fool an Ignition Interlock? 5 Reasons Not to Bother Trying.
Next Post:Arizona, A DUI Law Trailblazer, Says No to Legal Pot.