Fool an Ignition Interlock? 5 Reasons Not to Bother Trying.

Most people view an ignition interlock as what it is: a device designed to measure breath alcohol that keeps you from starting a vehicle if you’ve been drinking. It’s a valuable piece of safety technology.

But some people view it as a challenge.

We don’t know why it is. As soon as someone brings up the device, a lot of people turn into middle-schoolers who feel they need to show how they can outsmart the grownups by drinking and fooling the interlock into letting them drive.

Rumors abound on ways to bypass an ignition interlock. But that’s all they are – rumors. Technology companies have been at this for a long time. It’s in their interest to keep the public safe, so there are protections built in to the devices. Here’s why it’s not worth trying to get around an ignition interlock:

1. Getting a friend to start your car won’t work.

If you’re drunk and you have a sober friend who can give a breath sample, you’re not in the clear. Once you drive off, you’ll have to give another breath sample in a few minutes. That’s the rolling re-test, designed to prevent exactly that scenario, and ones in which a sober person starts the car and then starts drinking him- or herself.

So you’ll have to drag the sober person with you. In which case, it would make sense to let that person drive, right?

Car electronics aren’t simple. And even if you could figure out how to do it, the data from the ignition interlock is logged. If you bypassed the device, the authorities would know that you drove without taking the test, and that is a violation.

Eating onions, breath mints, garlic, or some other strong-smelling substance won’t hide alcohol from the interlock. It’s not smelling the alcohol – it’s detecting alcohol molecules.  As for mouthwash, it contains alcohol, so you’re really off base there.

You might have heard about putting pennies in your mouth – something about copper (which pennies aren’t made of anymore) reacting with alcohol. We can thank the wondrous ability of the Internet to preserve rumors that would get you laughed out of any high-school chemistry classroom.

Yes, some great middle-school minds think they can get a sober friend to blow into a balloon (or a bunch of balloons – remember the rolling re-test?) and just release that air into the ignition interlock device to fool it. But modern devices are designed to check to see if a human is blowing into it – you need to hum or inhale. There might even be a camera, in which case you’ll look pretty silly – and pretty guilty of a violation – with that balloon.

So what does work? 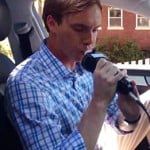 There’s no way to fool an interlock. But there is a way to make sure you pass the test every time: driving sober. Once you’ve shown that you are a responsible driver who’s not likely to re-offend, and you complete your interlock term, the device will be removed by the same professionals who installed it. After that you’ll be back on the road as you were before.

So don’t waste a lot of energy thinking up ways to fool your ignition interlock. It’s been tried, and it doesn’t work. And that’s good, because the interlock is keeping you, and a lot of other people on the road, safe from the harm that impaired driving can bring.

Previous Post:Do You Love Designated Drivers Enough? Tie One On to Show It.
Next Post:Is Flagstaff Really Arizona’s Drunkest City? No, Say The Numbers.