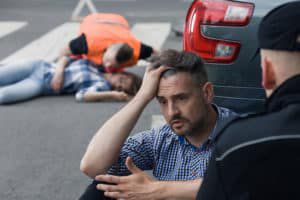 Soon every Arizona driver involved in a collision in which someone was injured or killed might have to be tested for alcohol or drugs.

The bill is informally called “Joe’s Law,” after Joseph Smith, a Phoenix teenager who was killed in a crash on Interstate 10. Because the semi driver responsible was never tested, it is not known whether or not alcohol or drugs were involved.

As a result, no charges were filed against the driver.

When drivers are not tested in such circumstances, it is not just the families of the victims who are cheated out of the knowledge of what really happened. The state and federal governments also keep statistics on crashes, impaired driving and road deaths, and those need to be accurately reported to be useful. When DUI tests aren’t performed, the statistics aren’t as accurate as they should be. Considering how many decisions on DUI law are based on crash data, it’s vitally important that no impaired drivers slip by.

The bill, Senate Bill 1054, is an amendment to the state’s statutes involving traffic accidents. If passed, it will rule that anyone who drives gives implied consent to DUI tests if they are involved in a traffic accident resulting in death or serious injury.

The bill recently was unanimously approved by a 7-member panel and will now move to the Senate. The passing of Joe’s Law will mean more and better information going into the decisions that help make Arizona’s – and the nation’s  – roads safer.

Previous Post: « Where Will You Be The Morning After The Super Bowl?
Next Post: North Carolina DWI: You Know What’s Really Aggravating? »