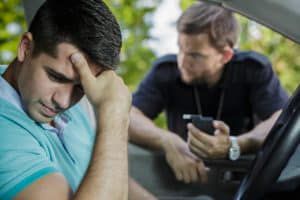 It’s not easy being a judge. When the verdict has come back guilty, it’s your job to determine the punishment. The law sets down guidelines, but you are there to determine how serious the offense was, and if the sentence you deliver will deter others from the same crime. It’s not easy.

In North Carolina DWI court, the law specifies aggravating factors – factors which, if present, will add to the severity of a DWI and likely add to one’s punishment.

How Gross is the Outcome?

North Carolina DWI law specifies punishments in levels. You can look up the detail levels here. But the gist of it is, if you’ve got 3 or more grossly aggravating factors, you’re looking at a year in jail and a $10,000 fine. The levels go down if you have fewer aggravating factors. And yes, there are mitigating factors as well to counterbalance the black marks.

North Carolina is telling us that drunk driving, while a crime, is not black-and-white. Just how serious a crime it is depends on how completely you disregarded the safety of others, and how often you have repeated the offense.  There is no room for drunk drivers on the road, but there is some leeway for justice in North Carolina courts.