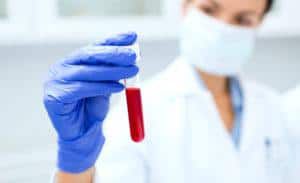 A bottleneck in Pitt County’s DWI process has just been widened. A new blood alcohol test lab has opened up at the Pitt County Detention Center to handle blood samples from DWI suspects.

The bottleneck was a serious one, with some tests delaying court cases by years. When delays cause cases to be dismissed, drunk drivers are put back on the roads.

Now blood tests can be processed within hours.

Not everyone is aware of the crucial nature of blood tests in DWI prosecution. When an officer suspects  a driver of being under the influence, he or she usually begins by asking, “Have you had anything to drink?” The police officer then uses several senses to detect impairment:

Any positive signs will lead to the officer doing a breathalyzer test,  and possibly the FST (Field Sobriety Test), the latter of which helps detect impairment in balance, coordination, and reflexes.

Important as these steps are, they are not conclusive. Readings from hand-held breathalyzers are not allowable as evidence; another reading must be taken at the station by an evidential quality breathalyzer. Even those results can be contested, however: there can be testing or calibration errors. A blood test is the unassailable standard for determining intoxication.

The legal limit for intoxication in North Carolina, as in all states, is .08. However, a level of .16 or more is considered an aggravating factor, and as such can weigh more heavily when punishment is levied.

If an ignition interlock is required to be installed in an offender’s vehicle after a DWI, the device will prevent the engine from starting if the driver’s BAC level is .02 or more.

Justice delayed is justice denied. And a blood alcohol test delayed is a greater likelihood that a drunk driver will be back on the roads. Pitt County’s new lab will help both the cause of justice and the fight to end drunk driving in North Carolina.

Previous Post: « Will North Carolina Get These 2 Vital Anti-DWI Laws?
Next Post: Repeat Drunk Drivers and Speeders – 2 of a Kind?