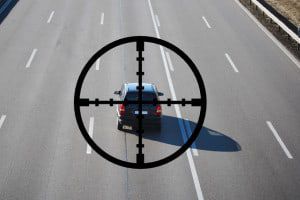 Some people really don’t like drunk drivers. A couple of them are facing charges in Coconino County right now because – allegedly – they were so outraged that they took the law into their own hands to stop a drunk driver who was already on the road.

According to police reports, Shane Tebo and Brandon Vongthougthip spotted a drunk driver on State Road 87 in Northern Arizona recently. After calling police – a good move – they watched the suspect drive into a ditch. They then blocked the car – a well-meaning but probably bad move – and tried to take the keys. One of the men fired a gun into the car’s engine – an unwise measure – and the other fired a gun into the suspected drunk driver. All right, that last one qualifies as a bad move.

Fortunately, the driver is in stable condition. So let’s go over how this whole thing should have happened. For the record, the correct procedure after spotting a drunk driver on the road is:

Here is the list of “don’ts” that apply to this situation:

To which we’ll add:

Obviously the two men wanted to keep this dangerous offender off the road, but their method, as reported by the news, sets a bad precedent for citizens who witness impaired driving. Yes, it is risky hanging back and letting the driver proceed, but declaring open season on drunk drivers is probably riskier.

To sum up: as a society, our goal should be to eliminate drunk driving. Please don’t try to eliminate the drivers themselves.

Is July 4th the Most Dangerous Holiday?
Next Post: North Carolina Gas Prices are Low. Drunk Driving Deaths are High. »