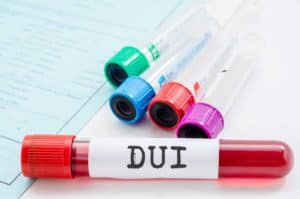 Drunk driving is an unusual crime for a couple of reasons. One is that, unlike other crimes, it comes with its own measurable, standardized physical evidence. Test a driver for alcohol, and you know whether or not you have a drunk driver on your hands.

The other side of the coin is that the evidence disappears quickly. Fingerprints, bodies and DNA stick around, but a few hours after a person has driven drunk their blood alcohol concentration (BAC) level is  back to zero. The evidence is gone.

That’s why police often have to act fast to obtain evidence of drunk driving. This is going to be harder in Arizona now. The State Supreme Court has ruled that police can’t have DUI blood samples taken from an unconscious suspect without a search warrant or special urgent circumstances.

The fact that the evidence will soon disappear is not considered an urgent circumstance.

The ruling is based partly on a U.S. Supreme Court decision on warrantless blood draws, and it also makes reference to Fourth Amendment privacy laws.

The case in question was an incident in which a driver was found unconscious after a collision. Blood was drawn, and his BAC was found to be .21, or more than twice the legal limit. The defendant wanted the blood evidence suppressed, on the grounds that the blood draw was a warrantless search.

Arizona has an implied consent statute in its motor vehicle laws. This statute says that anyone who operates a motor vehicle gives consent to blood tests for alcohol or drugs. Moreover, dead or unconscious people are not excepted from this clause. That seems to sew things up. So what happened?

The court went with another U.S. Supreme Court case, Missouri v McNeely. The opinion stated that the “physical intrusion” of a needed involves “an individual’s most personal and deep-rooted expectations of privacy.”  So even with implied consent, the state must require either voluntary consent or a warrant, except in cases where a obtaining a warrant in time is impossible – and not just because of the dissipation of the alcohol.

What Does This Mean for Arizona DUI Enforcement?

Police who want to take a DUI blood sample from an unconscious suspect will either have to have a warrant, or will have to show more cause that they couldn’t get a warrant than just that time was running out on the BAC evidence in the blood.

For the record, it was not always customary to draw blood from unconscious suspects. In the early days of drunk driving laws – the 1930s and 1940s – it was considered an unfair invasion of privacy. As a result, a driver who drunk enough to become unconscious was able to escape the prosecution.

That’s not the purpose of this ruling, and we hope it doesn’t have similar results.