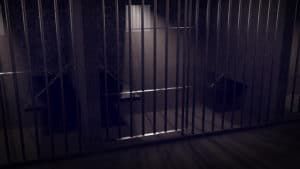 The message: you can’t kill someone with a vehicle while drunk and not serve jail time. That’s the essence of the bill that the North Carolina House approved recently.

At the core of the argument surrounding the bill is judicial discretion – the belief that a judge should have leeway in sentencing offenders because each case and each defendant is different, and justice can only be served if the sentence reflects the situations of the individuals involved.

Right now a person who drives drunk and kills another person in North Carolina normally gets 38 to 58 months in prison. However, a judge can opt not to send a first offender to jail.

The bill just passed, House Bill 65, removes the judge’s ability to keep a first offender out of jail. A sentence of at least 14 months would be mandatory for anyone guilty of felony DWI death.

Legislators who voted for the bill want to ensure that all drunk drivers whose actions have such serious consequences are held responsible for those actions. Admittedly, it disturbs many that someone could cause the death of another through reckless behavior and not serve any prison time. But opponents of the measure believe that not all DWI deaths are equal. A teenager who crashes on his first drinking bout might not be the best candidate for imprisonment, while a 40-year-old repeat drunk driver who has had ample warnings and chances would be a different case.

Nothing is settled yet. The House Bill 65 still faces approval in the State Senate. The debate will continue: on one side, those who are fed up with seeing offenders get off with light sentences, and on the other, those who believe that we have judges in order to get the benefit of their discretion in fitting punishment to the crimes and criminals at hand.

While dealing with DWI death is an important issue, it’s not the only one that needs attention in North Carolina. Mandating ignition interlocks for all DWI offenders has been proven to reduce instances of the very crime House Bill 65 is dealing with right now. North Carolina should make the devices mandatory for all DWIs over .08 BAC, and require that the devices are only removed when the offender has gone several months with no failed tests (compliance-based removal). A stronger ignition interlock law would mean fewer DWI deaths overall – and less need for judges to impose such serious prison sentences.

Previous Post: « Two Wrong-Way Drivers in One Night, on One Phoenix Road.
Next Post: Arizona: No DUI Blood Samples from Unconscious Suspects »