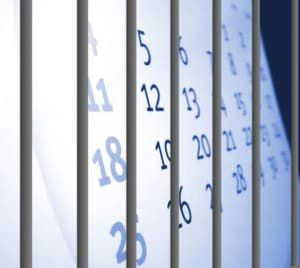 Insanity, they say, is doing the same thing over and over and expecting a different result. That makes license suspension for DWI pretty crazy.

Ronnie Lee Welch is today’s example. Recently he was charged with his 16th DWI in Gaston County. The judge, fed up with punishments that weren’t having effect, decided to stop the craziness and sentence Welch to 10 years in prison.

The punishments that weren’t having effect were suspensions. In fact, Welch hadn’t had a license in 20 years. But that didn’t stop him from driving, and driving while drunk.

One of the strange little secrets in the world of road safety and drunk driving is that license suspension is not effective for stopping drunk driving. Statistics tell us that half to three-quarters of drivers whose licences are pulled will drive anyway.

It’s not hard – just get in the car and drive. And if they are drunk, they will drive drunk, unlicensed and uninsured, just the way Ronnie Lee Welch did for 20 years.

Would it have worked? Are there some cases that are too far gone even for an ignition interlock, ones for which only prison is appropriate? Perhaps. Every spectrum of human behavior has its extremes. But there are offenders who are not yet as far along as Welch who might be prevented from reaching number 16 if they get the right treatment and supervision – combined with an ignition interlock to ensure that they don’t reoffend.

Incarceration makes sense – as an expensive last resort.  Ignition interlocks protect the public at the offender’s expense, not the taxpayer’s, and help the drunk driver learn how to driver responsibly. Other punitive measures have their place.