Crash Killer With 4 Previous DUIs Gets a 48 Year Sentence. 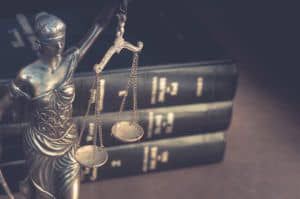 What is the purpose of punishing a drunk driver? Often it’s rehabilitation – if an offender can see the recklessness of the decision to drink and drive, he or she might change and start to drive responsibly.

For that reason, DUI sentences usually include an educational element – a DUI class, evaluation, or counseling. They also include a preventive element –an ignition interlock, which prevents a vehicle from starting if the driver has been drinking. The latter is used because it’s well known that many drunk drivers reoffend, and an interlock device is a wise measure.

Occasionally, a drunk driving offender comes along who seems to merit measures that go beyond rehabilitation. Such was the case with Scott Woodington of Tucson, who was found guilty of aggravated DUI for causing the death of motorcyclist Amy Hill while drunk.

There were plenty of chances for rehab in the past. Woodington already had 4 previous DUIs on his record when he struck Hill. According to Arizona law, he would have paid fines, spent time in jail, and even had a period with an ignition interlock. Apparently nothing “took,” and in 2015 this DUI recidivist caused the death of an innocent person.

The Purposes of Punishment

In criminal law, the purposes of punishment are given as deterrence, incapacitation, rehabilitation, retribution, and restitution.

Of these, two do not apply in this case:

The others do apply.

Was this the best way to do things? Probably. Sentences of this magnitude are rare, even for DUI homicide. Had the defendant not had 4 previous DUIs, and thus shown a complete unwillingness to change his ways in years past, the sentence might have been lighter. But in this case, incapacitation ruled the day.

Previous Post: « Can I really get a DUI for Auto-Brewery Syndrome?
Next Post: Just Who Are Those Drunk Drivers Among Us? »