Just Who Are Those Drunk Drivers Among Us? 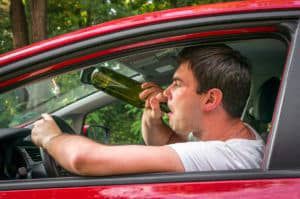 We, of course, would never drive drunk. We don’t hold with drunk driving, and would not let our friends drive drunk either.

But somehow, millions do just that.

Millions? If that sounds extreme, you might be thinking of the 10,000 people who die each year as a result of impaired driving. But the number of people injured is much greater than that. And even that larger tally does not tell us how many drunk drivers are actually out there.

In 2015 1.1 million people were arrested for DUI. A frightening number, but remember that only a small percentage of drunk drivers are arrested. According to the CDC, there were 111 million self-reported drunk driving episodes that year.

None of this was exactly top-secret before reports came out, but the research is solid: to reduce drunk driving, get young males, particularly ones with bad driving records, to change their behavior.

Ignition interlock programs are one way of doing just that: because they prevent a vehicle from starting if the driver has been drinking, they can help any driver – young, old, male, female – learn to drive responsibly.

Other methods have helped too. Efforts to target that particular group with advertising have occasionally led to controversy, but in general we’ve come a long way from the old days and know our target market better now.

But advertising has its limits, and ignition interlocks are only for offenders who have been caught. Road safety advocates need to keep working on ways to address the problem of the young, aggressive, risk-taking male. If they don’t, the roads will continue to be dangerous for everyone.