Can I really get a DUI for Auto-Brewery Syndrome? 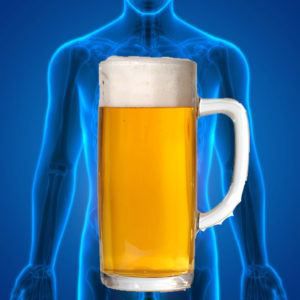 Every once in a while a news story circulates about a person who was pulled over for drunk driving, tested, and found to be over the legal intoxication limit – despite having had nothing to drink.

The offender in question was a victim of auto-brewery syndrome, a rare medical condition in which food in one’s digestive system ferments and turns into alcohol, causing drunkenness.

The resulting buzz is no different from the one gained from a six-pack of beer or a couple of Margaritas, unfortunately. The legal question raised is whether a person who suffers from this should be arrested for DUI.

There are cases in which a DUI charge has been dismissed after a judge is presented with evidence of auto-brewery syndrome. It’s a sketchy legal area, because a person who has alcohol in his or her system – sometimes a large amount – is still dangerous on the road, even if that person did not intentionally take a drink before driving.

The Not-So-Sweet Side of Sugar

The syndrome works by combining yeast in the gut with sugars that have been eaten – not just sugar per se, but also the kind of sugars found when starches such as bread and pasta are broken down by the body. The sugars feed the yeast’s fermentation process – essentially the same process that goes on at your local brewery  or winery – and turn into alcohol.

For that reason, people with the syndrome are advised to keep to a very low-carbohydrate diet.

It’s only been in the last few years that some courts have accepted auto-brewery syndrome as a real disease, but what is agreed upon is that it’s rare. Chances are very, very good that a person who is arrested with a blood alcohol concentration over the limit, and who claims not to have had a drink, is not a victim of the disease – at least not auto-brewery syndrome. They are most likely DUI, and will be treated as such by the courts.

Previous Post:Arizona Once Again Leads the Anti-DUI Pack
Next Post:Crash Killer With 4 Previous DUIs Gets a 48 Year Sentence.