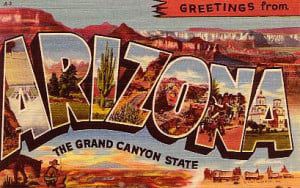 The stakes are high in the competition to end drunk driving. Lives hang in the balance, as a matter of fact. For this reason, we need to single out states that do a good job keeping drunk drivers off the road.

That’s what the website WalletHub does each year. Last week it released its annual ranking of Strictest and Most Lenient states on DUI.

Arizona took top honors, with a score of 84 percent (by contrast South Dakota, the biggest loser, scored about 20 percent). Arizona made top spot last year as well. This year the margin was comfortable: Georgia, the runner-up, scored just 70 percent.

How DUI Prevention Measures are  Scored

WalletHub’s scoring is very sensibly based on two main factors: criminal penalties and prevention. With a 10-day minimum jail sentence for the first offense,  Arizona is by far the toughest on first DUI offenders. The state doesn’t impose the longest suspensions or the longest jail terms for second offenses, but 10 days in jail for a first offense really gets a person’s attention.

Other factors taken into account are the “lookback period” – the length of time before an old DUI is no longer counted for figuring multiple offenses. Arizona’s is 7 years, which was once normal, but now on the low side. 10 and 15-year lookbacks are now common, and the only direction lawmakers are going with this is the longer one.

The report also considered how many offenses it takes before drunk driving becomes a felony, and is eligible for much more severe fines and imprisonment. The third offense is most common for Felony DUI, though four states now make a second DUI a felony.

Other measures were also ranked, including

Arizona might not have scored the highest on all of these factors, but they did score high on most of them, proving that their anti-DUI efforts are strong and praiseworthy.  Hats off to Arizona for keeping up the fight, and for WalletHub for keeping score in this vital effort to save lives on the road.

Previous Post: « Appalled at Repeat DUI Offenders, MADD Wants Ignition Interlocks
Next Post: Can I really get a DUI for Auto-Brewery Syndrome? »