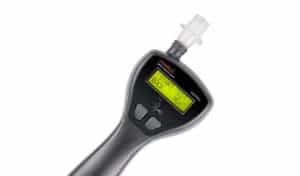 “Ignition interlocks achieve what license suspension cannot,” says a recent email from MADD to its supporters. “They separate drinking from driving.”

Now MADD – Mothers Against Drunk Driving – is starting a push to bring ignition interlocks to all drunk driving offenders – repeat DUI offenders and first-time drunk drivers – in every US state.  Right now 30 states have such laws.

According to MADD – and this is easily verifiable – a Google search for “10th drunk driving offender” will turn up many hits. The reason is that the first recourse for states in the fight against drunk driving is an inadequate one: license suspension. Certainly a drunk driver deserves to have his or her license pulled. But doing so is no guarantee that the offender won’t get back behind the wheel while drunk.

Ignition interlocks are the only measure that actually prevents drunk drivers from taking to the road. The must give a breath sample before they can start a vehicle, and must re-take the breath test at intervals while driving, to demonstrate that they didn’t start drinking after starting up. That’s what makes the devices so effective against repeat DUI offenders.

Test results are logged and handed to monitors to ensure that anyone who is violating the terms of the ignition interlock program can face consequences.

Those who want to further the cause of road safety can help by donating to MADD’s “$50 for 50 States” campaign.

Previous Post:Ignition Interlocks for All North Carolina DWI Offenders – Is It Time?
Next Post:Arizona Once Again Leads the Anti-DUI Pack