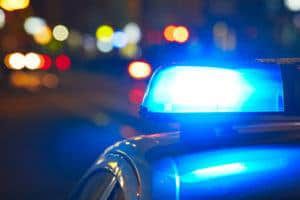 It was nice while it lasted. For fifty years, road deaths were on the wane in the US. It hasn’t been accidental: a concerted effort by legislators, political leaders, government organizations and road safety advocates  led to safer roads across the nation. During that time those groups delivered what was needed: mandating safer cars and better roadways, fostering a crackdown on drunk driving, and  creating an awareness of road safety issues.

Did it all end in 2015? We’re not sure. But the sad news is that road deaths – including alcohol-related road deaths – were up sharply in every segment of the population: you’d have to go back to 1966 to find a worse spike in fatalities.

North Carolina contributed its share to the death too. Road deaths jumped 7.4 percent, a bit above the national average. But alcohol-related fatalities were up 13.2 percent – a much greater increase than the national one of 3.2 percent. This is a matter of concern for North Carolinians.

It’s too early to understand all the reasons for this rise. In general, the economy is partly to blame: more jobs and spending power means more cars on the roads. North Carolina’s economy has been the fastest-growing in the country, as well as one of the fastest-growing populations. Good as these numbers are, they add to the squeeze on the state’s roads.

As for the drunk driving, it’s hard to know why that shot up. What is known is that one measure are not currently on the law books could help bring down DWI collisions, as it has in other states: an all-offender ignition interlock law.

Requiring ignition interlocks for first DWI offenders generally causes a significant drop in alcohol-related road fatalities. An ignition interlock, or car breathalyzer, prevents a vehicle from starting if the driver has been drinking.

There are those who feel that ordering the devices for a first DWI is too harsh, but in fact, more than half the states in the country now have all-offender ignition interlock laws, and more are debating the measure.

We still have a lot to learn about why impaired driving in particular is on the rise in North Carolina. Perhaps it’s an unfortunately anomaly that will return to normal next year. That would not be the way to bet, however: a stronger ignition interlock law is a better plan for getting those numbers back down.