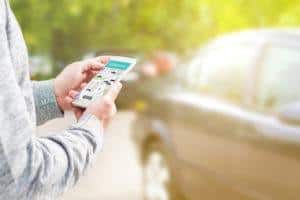 A couple of days ago we gave you the bad news: DUI arrests were up over the Thanksgiving holiday weekend in Arizona. But there’s some good news too: overall, Arizona drunk driving arrests are down. The director of the Arizona Governor’s Office of Highway Safety, Alberto Gutier, gives some of the credit to Uber, Lyft, and other rideshare services.

In an interview with Fronteras Desk, a network of public radio stations in the American Southwest, Gutier noted that five years ago Arizona saw more DUI arrests despite having fewer officers on patrol.

Beyond Rideshare: The Deterrent Factor

Rideshare services can take some of the credit. As Mr. Gutier said, they are convenient and not very pricey – certainly a lot cheaper than an Arizona DUI conviction. However, there are other factors in play. For one, the reason so many people chose a safe ride home with a Lyft or Uber car is that the state’s drunk driving laws are among the strictest in the country. That’s a good incentive to avoid getting behind the wheel if you’ve been drinking.

Another contributor to the downturn in drunk driving numbers is Arizona’s strong ignition interlock law, which mandates an ignition interlock for any DUI offense, including a first offense. As a result, fewer repeat drunk drivers are on the road in the first place. Their devices won’t let their cars out of the garage if they’ve been drinking, so they never become a statistic again.

26,000 Arizona drunk driving arrests are still too many. One think that remains to be done is to continue strengthening the enforcement of the ignition interlock law – to ensure that every single offender who has been ordered to install an interlock does so. Nothing can prevent drunk driving altogether, but a strong, well-enforced ignition interlock program assures us that offenders don’t get a second chance to drive while impaired.