More Arizonans Arrested for DUI on Thanksgiving. What Gives? 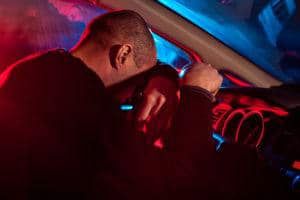 The reason governments compile numbers on every conceivable facet of public life is to answer the perennial question, “How are we doing?”

On the question of holiday drunk driving, Arizona can answer, “Not too well, thank you.” A recent report by the Governor’s Office of Highway Safety found that arrests for DUI on Thanksgiving weekend are up from last year – 377 as opposed to 333 in 2016.

But one number denoting an increase does not answer the question. In fact, an increase in DUI arrests could indicate either that more people are driving drunk on Thanksgiving, or more drunk drivers are being taken out of action on Thanksgiving by DUI patrols.

The GOHS seems to be taking the latter view. According to news reports the agency is attributing the rise in arrests to increased funding from holiday patrols.

And that is good news. What would be better news is if the DUI patrols increased but the arrests went down anyway, because people were getting the message that Monitech and others have been trying to hammer home: that drunk driving is a reckless crime that wastes lives. The agencies themselves have gotten the message: jurisdictions are trying new types of patrols and making intensive sweeps to bag drunk drivers.

But it’s clear that too many drivers are still operating under the assumption that drunk driving is a valid option.

Until the day that all motorists are sober, we’re happy that funding is helping to take drunk drivers off the roads. All we need to do is figure out more ways to keep them off Arizona roads in the first place.

Previous Post: « Even If Your Roads Aren’t Icy, a Slip Could Be Lethal
Next Post: Uber and Lyft Have Reduced Arizona Drunk Driving Arrests »