Even If Your Roads Aren’t Icy, a Slip Could Be Lethal 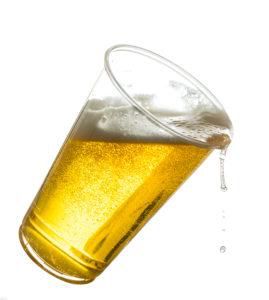 Thanksgiving, among other things, means it’s almost December, and in much of the country, it’s pretty cold. Advisories are out there about snow, ice, rain, and the need for caution on the road.

But there’s another kind of slip that could result in a collision this Thanksgiving – a slip in your resolve not to drink and drive. Many people start an evening with no intention of drinking and driving, but things happen.

There are all kinds of scenario that are right on the edge of drunk driving, and all it takes is a slip to fall into it. A moment of weakness, or inattention, and the lights are flashing and you’re in handcuffs. Or worse, you or someone else is injured. Or worse.

So don’t slip. Don’t even go near the edge this Thanksgiving. Make a plan and stick to it. Make sure no one else leaves your gathering unless they have a sober ride home.

Previous Post: « The Drunk Driving Season is Starting. Be Aware.
Next Post: More Arizonans Arrested for DUI on Thanksgiving. What Gives? »