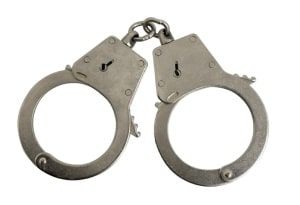 It never ends well, but some people try it anyway.

A woman in Phoenix has been charged with an attempt to bypass an ignition interlock device in the most reckless way possible: having a child blow into the interlock.

With a blood alcohol concentration of .17 – twice the legal limit – Kimberly Copeland drove with three children in the car. That in itself constitutes child endangerment, a Class 6 felony. In Arizona, if you drive while impaired with a passenger under 15 years old, you could face a number of punishments:

The catch-22 here is that the perpetrator already had an interlock. This fact might lead some to conclude that interlock devices don’t work. But there is proof that they do, most recently from a well-publicized Idaho AAA study. We also know that people reckless enough to endanger their children are rare. Moreover, as people who would resort to this tend to have serious alcohol dependency issues. They stand out on the road, get picked up, and find themselves back in court before long – which is exactly what has happened in this case.

Most offenders who go through an ignition interlock program do not reoffend. Some do reoffend after the interlock is removed, and they find themselves back on the device for a longer period. That’s how the devices protect the public and greatly reduce the danger of drunk driving on the roads.

The few extreme offenders who endanger children in an effort to cheat their interlock eventually find themselves in prison. All in all, the technology is responsible for saving thousands of lives each year – including the lives of children. Extreme offenders, too, can benefit from the restraint of an interlock, when it is combined with a well-monitored program of substance abuse counseling and rehabilitation.

Previous Post: « UNCC Students Asked to Pledge Not to Drink & Drive
Next Post: Is Drunk Driving in Arizona Too Common? In Phoenix DUIs Fall From Trees. »