Don’t Blame Me for Driving Drunk – I Was Drunk at the Time!

In his song “Worry Worry” the late blues singer B.B. King offered an excuse for a romantic transgression:

“BABY! You know when I goofed last week I was high… you know when you’re high it don’t count.”

And maybe in the world of love you can get away with it – though we’re not placing any bets. But what’s certain is that drunk driving is a more complex issue.

You might think that there is an excuse buried somewhere in a drunk driving incident. You had no intention of driving drunk; you sat down and had a drink, then a few more, and suddenly you were no longer thinking clearly. Your sober, deliberate self would never drive drunk. It was only your impaired, unable-to-think-it-through self who got behind the wheel. Why should your sober self suffer for what your drunk self did? 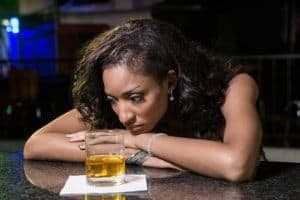 It’s true that some states allow defendants to claim intoxication as a defense for some crimes, called “specific intent” crimes. But DUI is what’s called a “general intent” crime. General intent means that you intended to do some action (push ahead of someone on the subway stairs) but didn’t intend to commit a crime (make the person fall down the stairs). Even if you didn’t intend to drive drunk when you sat down, that’s how it ended up. So you’re liable.

In addition, there are almost always administrative (non-criminal) penalties associated with driving drunk. If your blood alcohol concentration (BAC) is above the .08 limit, then you will automatically face suspension, fines, and possibly an ignition interlock device requirement. No conviction is required for these administrative penalties to kick in.

It’s the curious nature of alcohol that not only does it make driving dangerous and thus criminal, it also diminishes one’s ability to resist committing the crime. Many people who have been drinking can simply not be counted on to give up their car keys. That is why ignition interlocks were invented – to make the right decision for people who have already made the wrong one.

Previous Post: « Tomorrow, Talk to your Kids and Teens About Alcohol
Next Post: Drunk Driver Hits 51 Parked Cars. And Proves a Point.