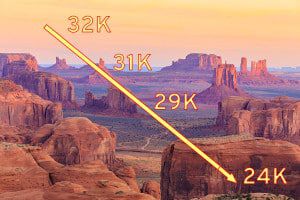 What ever happened to drunk driving in Arizona?

Okay , that’s an exaggeration. A couple of thousand drivers are still arrested each month for driving under the influence, but it’s fewer than last year, which was fewer than the year before, and so on since 2012. What’s going on?

Usually, two factors account for a lowering in DUI arrests: less enforcement, or less drunk driving. In Arizona’s case, the enforcement is as strong as ever, so arrests should be climbing – unless more people are getting the message that drunk driving is a bad idea.

And that appears to be the case. Arizona has been raising the profile of its anti-DUI efforts with sobriety checkpoints and saturation patrols, which let all drivers know that police are out there, waiting to catch them if they see the telltale signs of drunk driving.

In fact, Arizona gets a top rating from Mothers Against Drunk Driving (MADD), since in addition to the above measures, Arizona also suspends the licenses of drunk drivers automatically upon arrest, and does not allow offenders to refuse a chemical test (doing so results in automatic license suspension).   All of these measures have been shown to save lives in the short run, and discourage drunk driving in the long run.

We look forward to more interpretation of these statistics from Arizona, and to more good news as the state continues to pursue anti-drunk driving  measures that really work.

Previous Post: « 3 New Year’s Resolutions That No One Makes, But Everyone Should
Next Post: Think They Need a Breathalyzer? How Cops Tell You’re DUI.