Your Ignition Interlock: A Clear Warning Re Windshield Washing Fluid 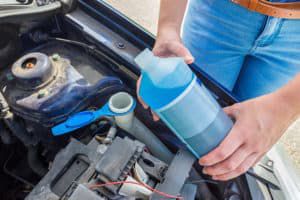 If you’ve had an ignition interlock installed in your vehicle, you’re dealing with factors that you never had to think about before. Delivering a breath sample on a regular basis while driving isn’t hard, but it does take a bit of practice and forethought, and if you’re not careful, you could run into snags.

One snag is the presence of alcohol in unintended places. Your interlock device is designed to detect alcohol in the air, and it does that well. Unfortunately, alcohol can be present in other things besides beer and wine. When you were trained to use your interlock you were told about rinsing out your mouth – some food particles can ferment and actually make small amounts of alcohol, which can be detected by your interlock.

One trap that can spring on unsuspecting interlock users happens when they wash their windshields with the automatic washers. The fluid used in car windshield washers has solvents such as methanol and ethylene glycol in it.

Hint: anything with “–ol” on the end is an alcohol-based compound.

When the washer fluid hits the windshield, droplets can spread around and waft into the vehicle. If you are driving with the window open and you wash your windshield just before a rolling re-test, droplets could make it into the interlock mouthpiece and affect your test.

Sound unlikely? It happens all the time.

The cure is simple. Keep windows closed if you use the window washing fluid, and don’t use more than you need to. You also might want to consider giving your windshield a wipedown when you’re not driving, so you’ll have less need of the fluid while driving.

Having an ignition interlock will always require a bit of forethought, but once you get the habits down, you can be rolling every day, safely and legally.

Previous Post:How Much Does an Arizona DUI Cost? Read This and Weep.
Next Post:Should Arizona Allow 18-Year-Olds to Serve Drinks?