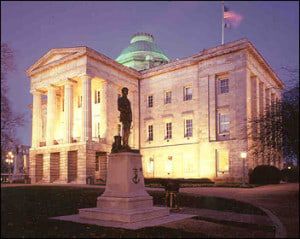 A new bill in the North Carolina Senate would save lives, if the legislature acts to pass it. SB 619 would require all drunk driving offenders to install ignition interlocks in their vehicles. An ignition interlock, or car breathalyzer, prevents a vehicle from starting if the driver has been drinking.

Currently, North Carolina requires interlock devices for repeat offenders. However, 24 states have come on board with all-offender interlock laws. Those states have seen reductions in alcohol-related deaths of as much as 45 percent.

And this increase in road safety is why Mothers Against Drunk Driving (MADD) is fully behind the bill. In fact, nationwide mandatory interlocks for first DWI offenders is the organization’s first priority.

If the bill is such a life-saver, who would fight it?

The total of states with laws like SB 619 has been holding at 24 for a while. Will North Carolina be the 25th? It would indeed be an honor for the state to mark the halfway point in the fight to make the nation’s roads safer for all.

Previous Post:Stopped for DUI in Arizona. Do I Refuse the Breath Test?
Next Post:I Have an Ignition Interlock.
What If I Need Vehicle Repairs?