Arizona NFL Golf Cart DUI Story Has It All. 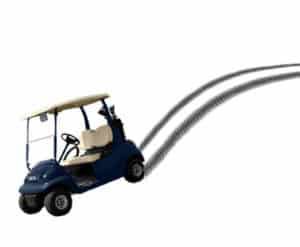 This story has everything – or at least, everything that has come to typify our offbeat drunk driving stories. See if we’ve missed any elements.

Sports figure. The story concerns David Parry, defensive lineman for the Indianapolis Colts, who was recently arrested in Scottsdale. According to the NFL Player Arrest database maintained by USA Today, Parry is the first NFL player this year to be nabbed for DUI. There were ten last year.

Opinions are divided about whether or not athletes are over-represented in DUI court. The vast majority of sports figures get through any given year without driving drunk. But we do see a lot of arrests in the news. Is it just that they get more coverage?

Wee hours. This incident happened at 2:15 a.m., which is rush hour for DUIs. Most drunk driving arrests happen in the hours between midnight and 3 a.m., when those who have had too much at a bar or party are heading home.

Young male. David Parry is 24, right in the top demographic for DUI arrests. According to Mothers Against Drunk Driving (MADD),  the highest percentage of drunk drivers are in the 21 to 24 age bracket, followed by ages 25 to 34. Drunk driving skews young.

Unusual vehicle. Most drunk driving occurs in cars and trucks, but the definition of motor vehicle is wide, and the definition of impaired driving is even wider. People have gotten DUIs on Segways, scooters, riding mowers, snowmobiles, Zambonis, tractors, and horses. In this case, Parry commandeered a golf cart and drove off. A Golf cart DUI is much more common than you might think.

Multiple charges. Parry allegedly punched a golf cart driver, stole the vehicle, and drove away. When apprehended, he struggled with the officers. The charges included robbery, car theft, criminal damage, resisting arrest and, of course, a golf cart DUI.

A lesson. Almost all of the DUI stories we read end badly – or else how would we be reading about them? So the lesson is a pretty obvious one – don’t drink and drive. Whether you are young or old, male or female, an NFL player or a short-order cook, and whether it’s 2 a.m. or high noon – you need all your faculties and judgement to drive safely. With alcohol, you don’t have them, and you end up in trouble.