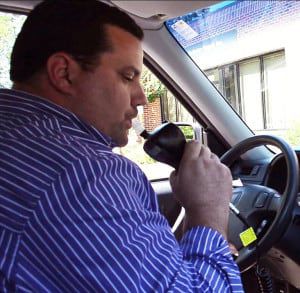 Over the past two decades ignition interlocks have emerged as the most important anti-drunk driving technology yet developed. The car breathalyzer devices prevent a vehicle from starting if the driver has been drinking. Usually they are ordered to be installed on a North Carolina DWI offender’s vehicle by the court or a DMV. When installed and used properly, they reduce significantly incidences of drunk driving.

The key is “when installed and used properly.” Pete Andrews, Regional Director of Monitech Ignition Interlock, spoke about a problem that needs to be addressed in the company’s home state of Morrisville, North Carolina: more than 70 percent of DWI offenders who are ordered to install an ignition interlock don’t do so. They go on driving, illegally and uninsured, and possibly intoxicated as well.

In an interview in Attorney at Law Magazine, Andrews noted that there are measures designed to penalize those who don’t install the device, including fines and possible jail time. But clearly they are not doing the job.

Clearly the problem is not with ignition interlock devices, which work to prevent people from drinking and driving, but with a system that does not fully supervise the installation of the devices.

According to Mothers Against Drunk Driving (MADD), ignition interlocks have prevented more than 14,000 North Carolina DWI incidents since the devices were introduced there.  It’s hard to overstate the effect that those “Fail” messages have had on public safety in the state.

The devices could do even better. Here are some problems that need to be addressed.

As Andrews mentioned in the article, the number of people who die due to alcohol on North Carolina’s roads is above the national average.  The above problems can be addressed to ensure ignition interlock compliance, as other states have done. North Carolina has some work to do if it wants to catch up. The important point is that the state needs to commit to a program that will, if properly managed, save North Carolina lives.

I’ve got an ignition interlock and a big date. Can I use mouthwash?
Next Post: What Ignition Interlock Opponents Get Wrong