North Carolina is Auto Insurance Heaven – Unless You Drink And Drive

There’s some good news for safe, unimpaired drivers in North Carolina: your state has the lowest auto insurance rates. According to Charlotte’s NPR station, a recent survey by

insuranceQuotes.com found that North Carolina gives drivers the best deal for insuring their ride, including a variety of discounts for certain drivers and situations, thanks to a competitive market.

Some ways you can get discounts: 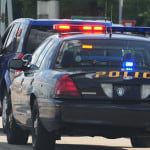 It’s a buyer’s market for insurance, which makes North Carolina the envy of drivers in many states. However, all that does a 180 if you drink and drive. As has been noted before, North Carolina slams convicted drunk drivers with the highest insurance rates in the nation. If you have a DWI on your record you can expect to pay three times what you’re paying now.

So if you want to save money, ask your auto insurer about special discounts. With or without them, you’ll be getting a better deal than the rest of the country.

But if you want to throw money away in North Carolina, get a DWI.