What Makes Prom Season So Dangerous on the Road? 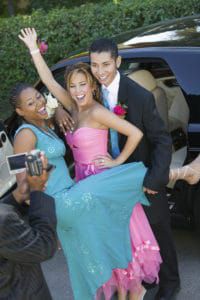 Most parents, though, are a bit nervous on prom night if driving is involved, and they’re right to do so. Prom season drunk driving is a real problem: DUI arrests, collisions and deaths rise when teens take to the road for proms, for a few reasons.

What Parents Should Do

If you have a teen with a prom coming up, the time to talk about it is before the day. Lay down some rules and make sure your teen understands how serious you are about them.

It’s curious that the event that’s so eagerly awaited by teens can be so dreaded by parents. We wish you a happy and safe prom season.

Previous Post:National Safety Council: Why We’re Still Killing Ourselves – And Each Other
Next Post:What Are Thousands of Flags Doing on a Charlotte, NC Lawn?