Scottsdale Gets $150K to Teach Residents Just How Drunk They Are 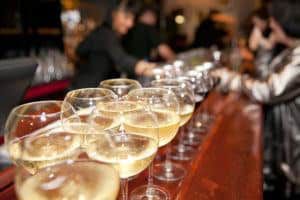 Thousands of people visit bars in Scottsdale, Arizona every weekend. A staggering number of them will decide to drive home drunk.

There will be some hard-core drunk drivers who haven’t yet been caught. A few newbies, too. But a lot of those drunk drivers won’t realize they’re too impaired to drive. They have a very fuzzy idea of what constitutes impairment.

The Governor’s Highway Safety Association (GHSA) is out to rectify the latter problem. Recently the organization offered the city a $150,000 grant to help support a program called “Know Your Limit.” The idea is to enlighten  drinkers who think that they are fit to drive.

Know Your Limit: Catch Them Before They DUI

The Scottsdale Know Your Limit Program will up stations in downtown areas on weekend evenings and offers free breathalyzer tests to bar patrons. Those who are tested and found to be over the legal limit are not penalized in any way. Rather, they’re informed of their alcohol level and also of the consequences should they try to drive.

Many participants are genuinely surprised that what they consider a relatively small amount of alcohol – two or three drinks’ worth – has impaired them to the degree that they are a menace on the roads.

The officers also give out rideshare vouchers to drive home the point – if you have been drinking, find a safe way home.

The safe, non-judgmental way that Know Your Limit operates makes it popular with people who regularly go out on the town.

Arizona has done a good job pursuing its goal of eliminating drunk driving. Mothers Against Drunk Driving (MADD) gave it a 5-star rating in its last report, thanks to its strong ignition interlock laws, visible law enforcement, and other measures. Teaching drinkers, particularly young, inexperienced drinkers that they are more impaired than they think they are is a good way to keep the state’s DUI numbers falling. We have high hopes for the Scottsdale Know Your Limit program.